Since our last visit, Pippa has kindly extracted approximately 95lbs of apiary honey from four supers. Graham subsequently returned these to the appropriate colonies for the bees to clean.

In view of the continued expansion of brood/stores and a dearth of available equipment, apart from general inspection of the colonies, the theme of this apiary visit was ‘Space and Spacers’…

The four freshly cleaned supers were reused in the colonies where required.
To create more space, spacers were used in the supers. These were used in an interlocking manner in partially drawn comb/foundation and end-to-end in drawn comb/uncapped stores. This reduces the number of frames required in the supers and increases the thickness of the comb leading to more capacity for storage. Hoffman, self-spacing, frames are generally used at the apiary. With wear and tear, these spacings become less efficient. This was the case for some of the frames used in both supers and brood boxes. For this reason, the narrower spacers were also used in some of the brood boxes. (See pictures).
Adequate space was maintained in all colonies. Charged queen cells were seen in Richard’s colony. A full super was placed above porter-bee escapes ready for extraction in Rowan’s colony. (See video resume).
As we are heading towards the main nectar flow we are making up more brood and super frames at home to try and bridge this shortfall. 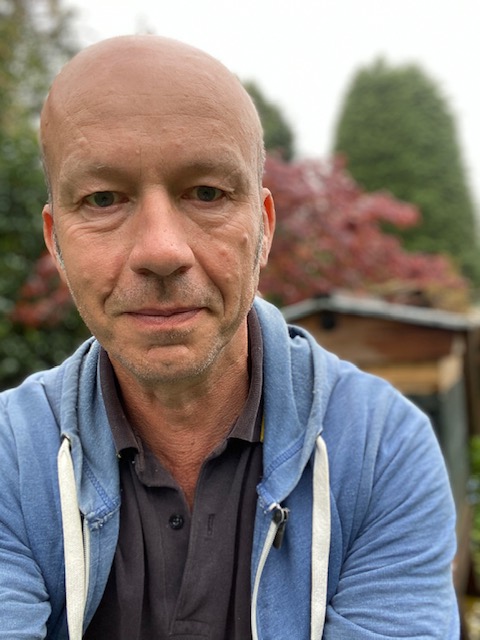