Apart from the routine checks, the primary objective was to put in entrance-reducers in order to help prevent robbing mainly from wasps but also bees from other colonies. This can be achieved in various ways as shown in the pictures. Mindful of the main nectar flow about to finish we did in some cases ‘rob Peter to pay Paul’. (Not literally Peter!) By giving colonies with a dearth of stores a super from one which had an excess.
Richard’s parent colony, which had an artificial swarm performed earlier, had made a remarkable recovery from the last inspection.
Also shown in the pictures was the characteristic pattern of Himalayan Balsam pollen on the thorax of the worker bees – Sometimes they become so covered that they appear like ‘ghost bees’. The older workers can be distinguished from the younger by the lack of hairs on their thorax.
We were happy with the state of all colonies inspected – looking set for moving into winter. 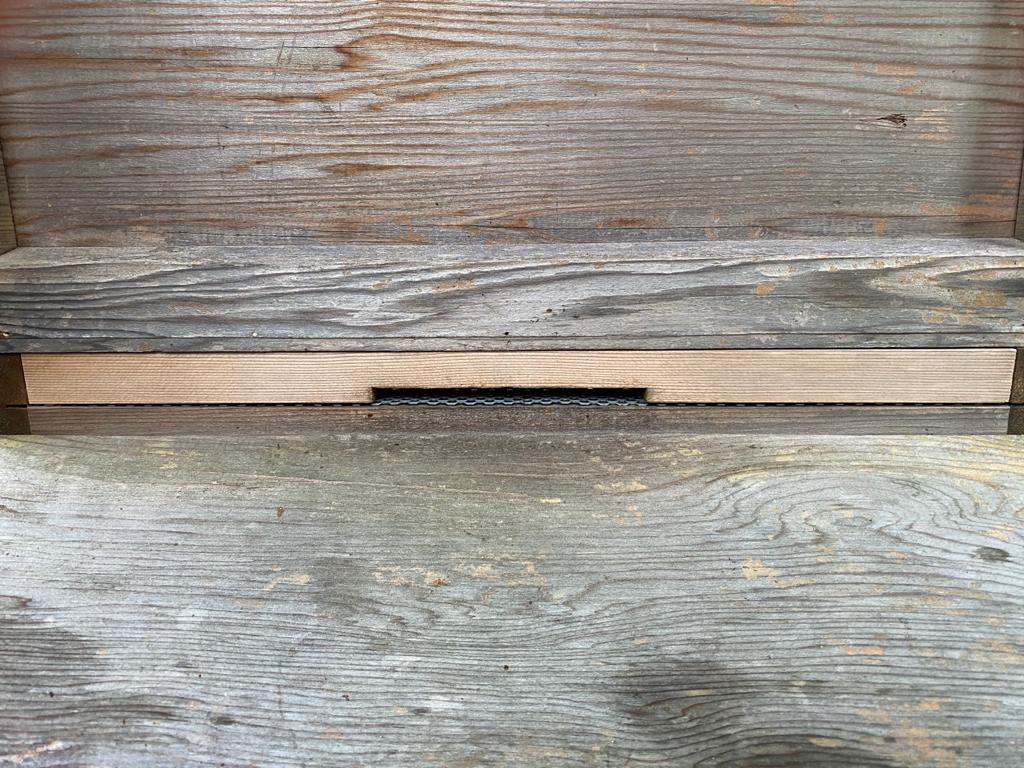 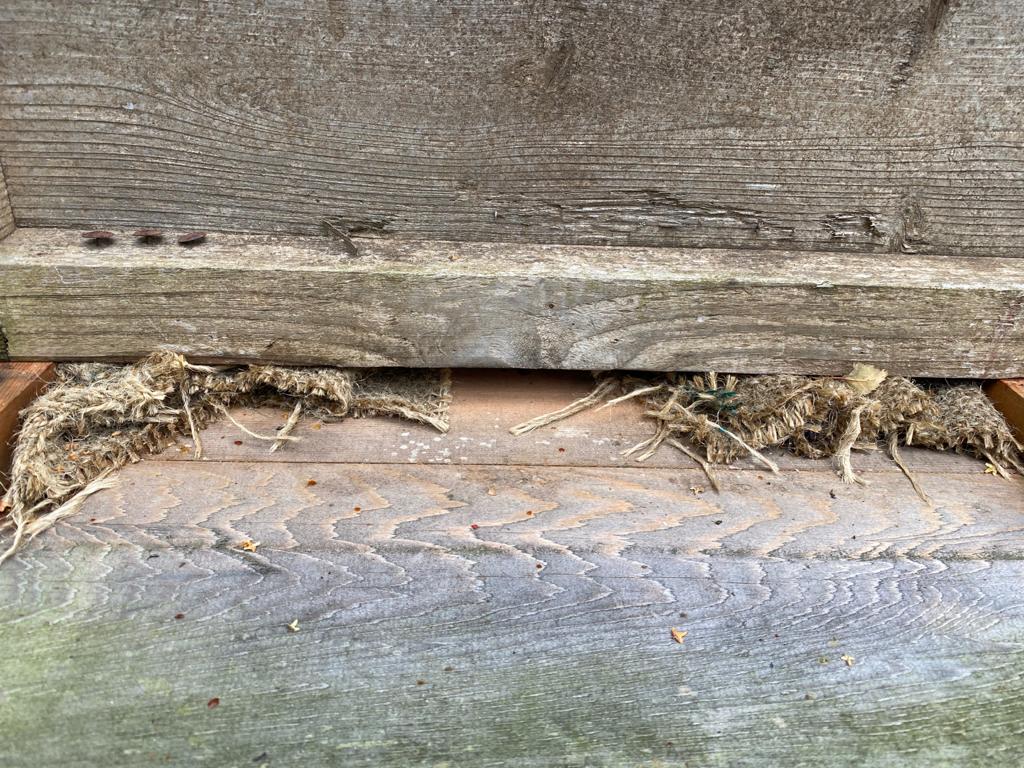 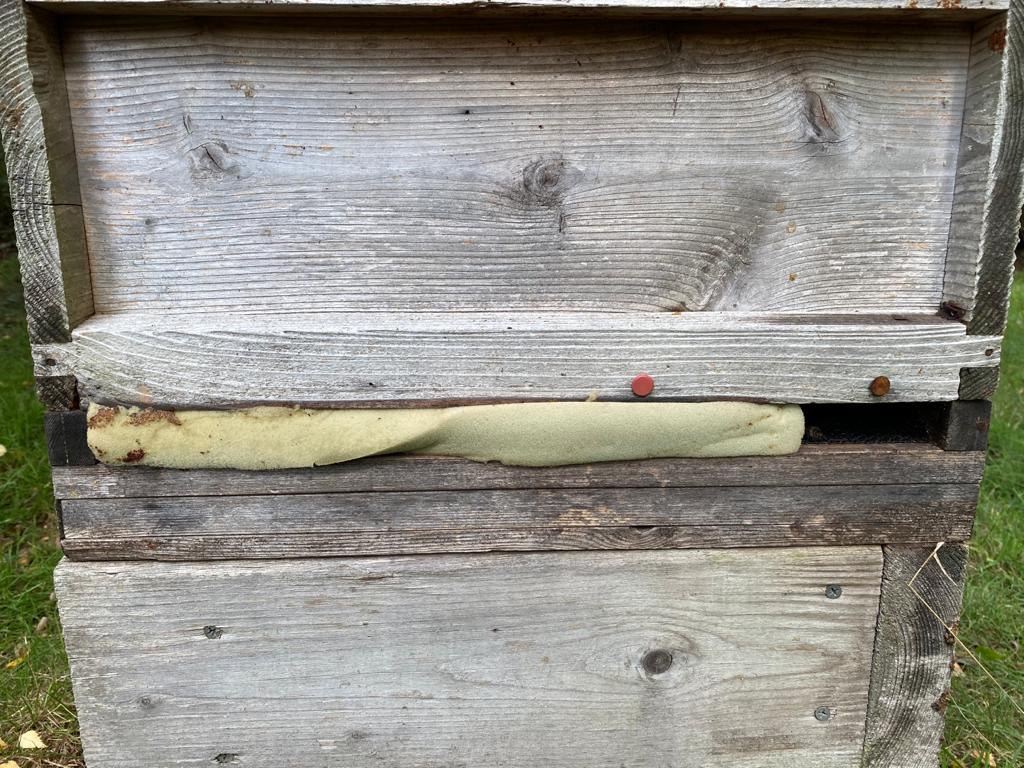 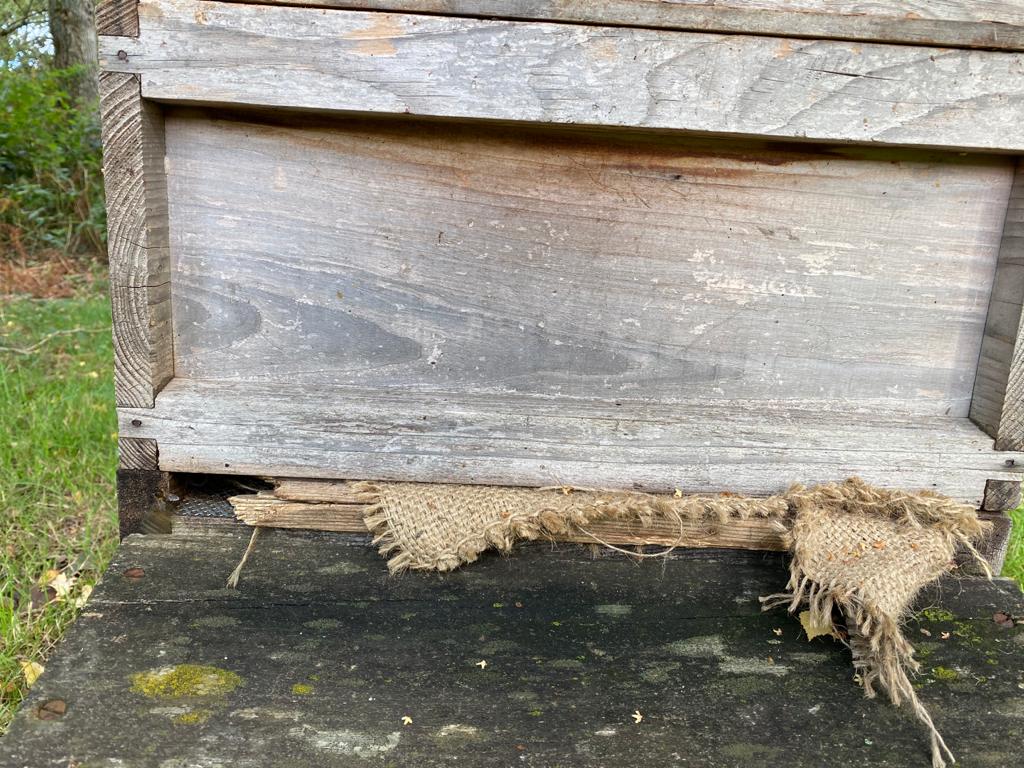 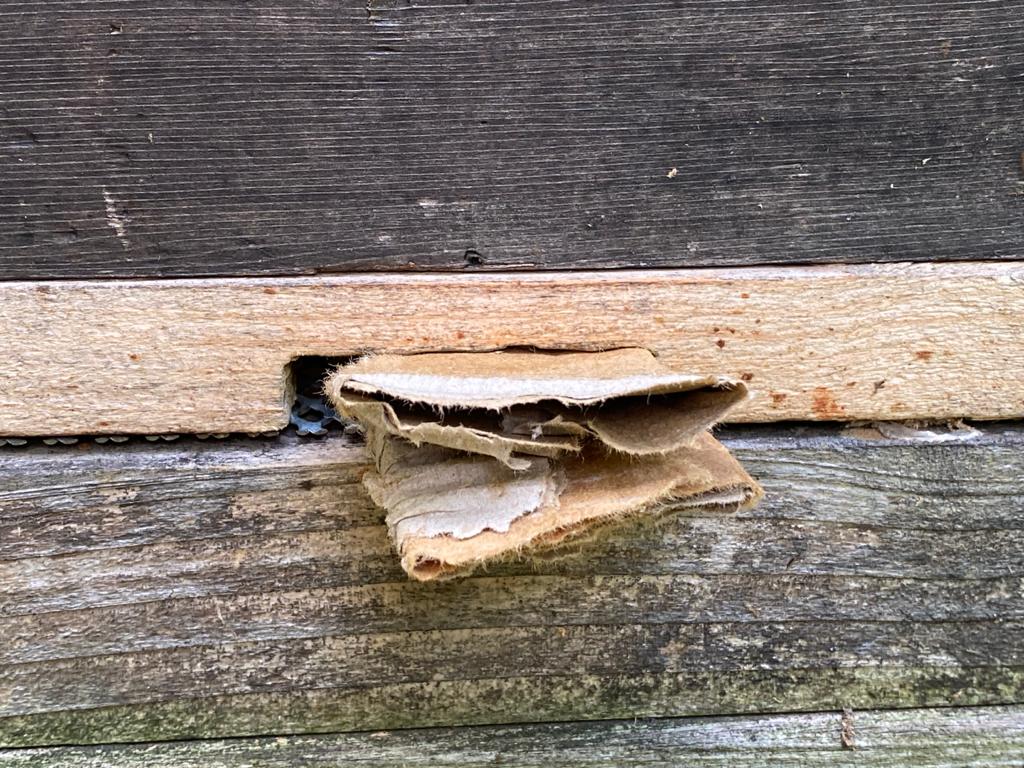 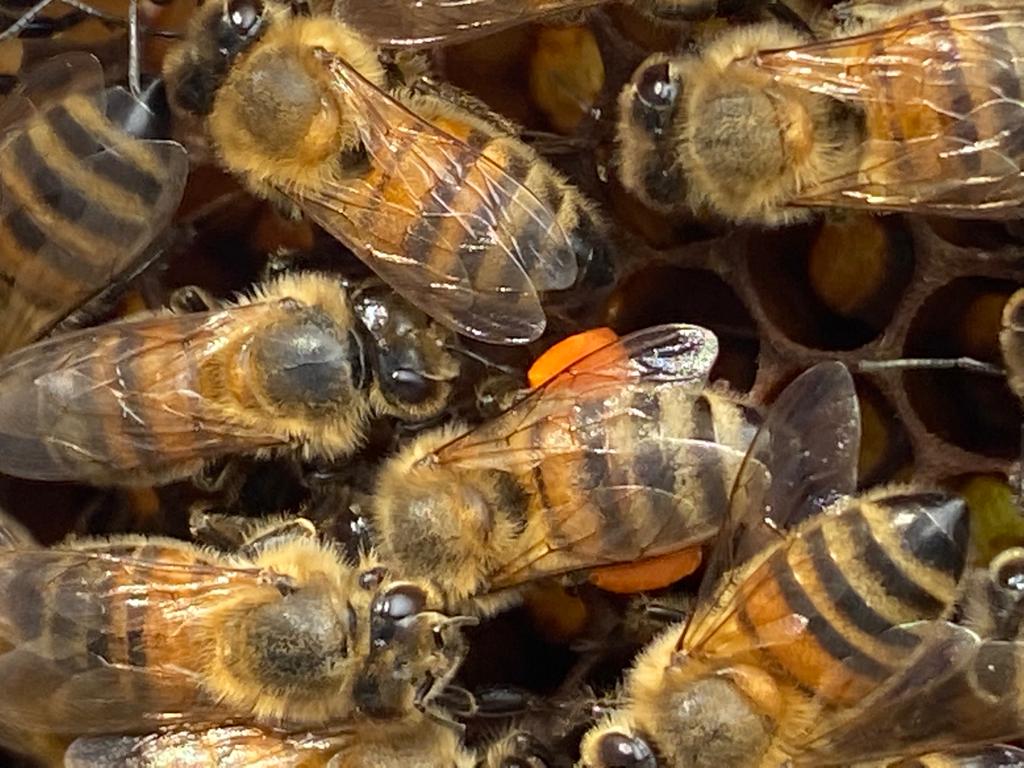