The primary objectives of this apiary visit were:
1. Select and prepare the supers for extracting
2. General inspection of colonies
3. Ensuring maintenance of adequate space
4. No evidence of tendency to swarm

The brood and stores in all colonies continued to expand. (There was an encouraging increase in the five colonies with the new Buckfast queens).
Two full supers from each of Rowan and Richard’s colonies were put above the crown boards, plus porter bee escapes, with a view to extracting next week. This will free up to four extra supers. (N.B. Peter also has two full supers which will probably need extracting).
Two new supers were added where required and an additional brood box containing frames of foundation was put above the queen excluder in Rowan’s colony for the bees to draw out fresh comb.
Adequate space was maintained, no charged queen cells were seen, only the odd play-cup.
Apart from the evidence of chalkbrood outside Dean’s colony (not inspected) there were no overt signs of disease in any of the colonies inspected. 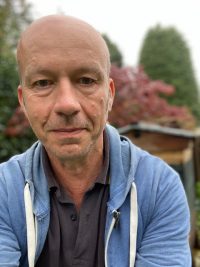